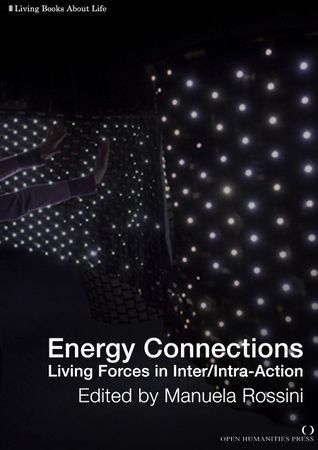 Introduction: Energy as a Nomadic Concept[edit]

While I am writing this Introduction, the meltdown of the three reactors at the Fukushima Daiichi Nuclear Power Plant that took place in March 2011 is apparently still not under control. (Three years after the catastrophe it is still not and generates "400 tons of radioactive water ... every day". Six years later: still not under control.) It made new energy-saving technologies the centre of attention at CEATEC, Japan's largest information technology and electronics fair, in October of the same year. Environmentally-conscious scientists are starting to hope that better management of the island’s many forests and policy reinforcements will allow for the sustainable use of woody biomass (Sasaki et al., 2011) or any other freely available natural resource (as documented by the non-profit organization Japan for Sustainability or the German Energy Rich Japan Project) in order to generate the 858.5 billion kWh the Japanese population currently consumes per year. The techno-natural disaster under discussion has recharged the empty batteries of the anti-nuclear movement, and not just in Japan (rallied by Nobel laureate Kenzaburō Ōe, for example), and has also fuelled calls by political parties of almost all creeds for an 'energy turn' world-wide. (Yet on June 16, 2012, Japanese Prime Minister Yoshihiko Noda prompted the restarting of the reactors at Oi after a shut-down of all the nuclear power plants, while in my home country, Switzerland, higher than expected costs have overshadowed any green optimism about, and political will for, a quick nuclear exit.) (more)

Have you heard about this AI that can write your marketing copy for you? I signed up for Jasper but I was skeptical if the quality would be any good…

(I mean come’on, a robot that writes copy? No way.)

But after using it for the last 3 months, I can honestly say it’s a game-changer.

It’s like I hired an assistant who writes way better and faster than I do!

Check it out and decide for yourself and even get 10K AI words for free : https://bit.ly/3bFsmyr

Opt out of futuer messages by replying to the message and saying Opt out livingbooksaboutlife.org