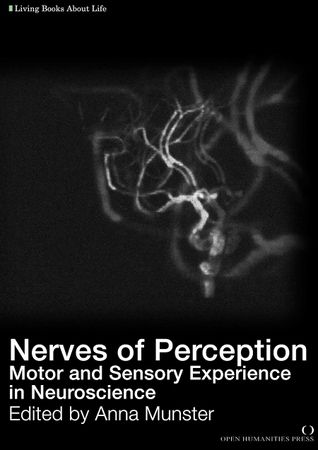 Motor and Sensory Experience in Neuroscience

Introduction: Neuro-perception and What's at Stake in Giving Neurology Its Nerves?[edit]

For the last few years, all things ‘neuro’ have been doing the rounds in the creative arts and humanities. We have had the declensions ‘neuropolitics’ and ‘noopolitics’; we have panicked about screen media and the internet rewiring our plastic brains; we have marvelled at artists incorporating MRIs into videos, photomedia and installations. Little wonder at such a response – after all, weren’t the 1990s officially declared, by US Presidential proclamation to be the ‘Decade of the Brain’? Neuroscience – the collective nomenclature we give the sciences of the brain  – is in fact a disparate assemblage of disciplines, methods and practices for understanding, healing, transposing, interpreting, imaging and, most importantly, constituting the nervous system in organisms. To get a sense of how diverse these sciences are, we can simply draw a small list up of some of them: for example, neuroanatomy, behavioural neuroscience, computational neuroscience, neuroethnology, molecular neuroscience, systems neuroscience, developmental neuroscience, and so on. These all designate various specialities within neuroscience but also, sometimes vastly different methods, philosophical approaches and indeed ways of realising the brain as organ, system, structure or entity. Within or across any of these specialities, competing and dissonant approaches to how the nervous system is seen to function exist. A decade, indeed more than a century, of practice and research in neuroscience has only multiplied the neural as a vast field of unknown quanta and qualia. (more...)

Nachum Ulanovsky and Cynthia F. Moss
What the Bat's Voice Tells the Bat's Brain
Jaime A Pineda
Sensorimotor Cortex As a Critical Component of an 'Extended' Mirror Neuron System: Does It Solve the Sevelopment, Correspondence, and Control Problems in Mirroring?
Caroline Catmur
Contingency Is Crucial for Creating Imitative Responses
Fortunato Battaglia, Sarah H. Lisanby and David Freedberg
Corticomotor Excitability During Observation and Imagination of a Work of Art
Michele Rucci and Gaëlle Desbordes
Contributions of Fixational Eye Movements to the Discrimination of Briefly Presented Stimuli

Perception and Sensorimotor Experience from Neuroscientfic, Philosophical and Creative Practices[edit]

Neuroculture.org: examples of work at the intersection of art and neuroscience