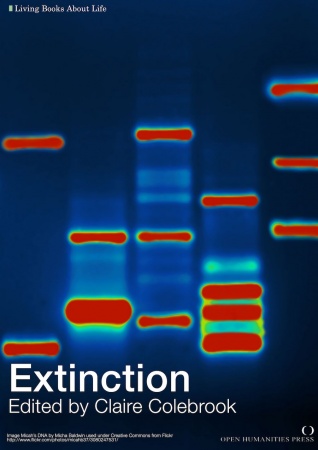 Introduction: Framing the End of the Species

Scientific events have their own consistency and it is often a mistake for humanities scholars to reduce such complexities to ‘worldviews’ or the history of ideas. To pass from quantum uncertainty to postmodern literary styles reduces the disciplinary specificity of scientific discovery and functions, and risks presenting literature and culture as reflections or contexts for scientific facts. Yet it is also the case that certain scientific events do not occur as facts within history but rather open up a new experience and possibility of history, and a new way in which the very relation between history and science might be considered. When Darwin posited that the human species had a beginning within the history of life, this was not only a fact about ‘our’ history; it also opened up formal problems for the imagination: how could our understanding of the human and the humanities proceed with a sense of the processes of life beyond human time? (more)

K. J. Willis
How Can a Knowledge of the Past Help to Conserve the Future? Biodiversity Conservation and the Relevance of Long-term Ecological Studies
Valentí Rull
Ecology and Palaeoecology: Two Approaches, One Objective

Jeremy B. Jackson
Ecological Extinction and Evolution in the Brave New Ocean
Harold A. Mooney
The Ecosystem Service Chain and the Biological Diversity Crisis
Norman Myers and Andrew H. Knoll
The Biotic Crisis and the Future of Evolution

S. A. Wooldridge
Mass Extinctions Past and Present: A Unifying Hypothesis

A 'Frozen' PDF Version of this Living Book